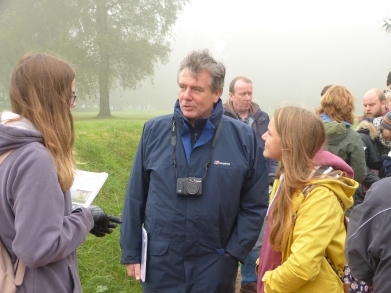 Neil taught Modern British Political History during his time as a visiting university lecturer, since then Neil has closely followed his interest in history.

In October 2015 Neil joined pupils from Archway and Thomas Keble Schools on a battlefield tour of the Somme. This was part of the First World War Centenary Battlefields Tour Programme, which Neil continues to support. In November 2017 celebrated the work of the Legacy 110 initiative, which encourages students who engage in the First World War Centenary Battlefields Tour Programme to deliver a community-based First World War project. Neil and Andrew Murrison MP presented awards to six inspiring student projects in a ceremony at the House of Lords.

In January 2017 Neil signed the Holocaust Educational Trust’s Book of Commitment, in doing so pledging his commitment to Holocaust Memorial Day and honouring those who were murdered during the Holocaust as well as paying tribute to the extraordinary Holocaust survivors who work tirelessly to educate young people. In December 2015 the Education Select Committee, under Neil’s chairmanship, conducted an inquiry into Holocaust education. You can read more about this here.